Optimal Anti-Aging and Functional Medicine located in Redmond, Oregon peptides may improve hormonal balance and enhance energy, sleep quality, memory, sex drive and more by stimulation and release of hormones by the pituitary.

What to know about peptides for health.

Peptides are smaller versions of proteins. Many health and cosmetic products contain different peptides for many uses, such as their potential anti-aging, anti-inflammatory, or muscle-building properties.  Recent research indicates that some types of peptides could have a beneficial role in slowing down the aging process, reducing inflammation, and destroying microbes.  People may confuse peptides with proteins. Both proteins and peptides are made up of amino acids, but peptides contain far fewer amino acids than proteins. Like proteins, peptides are naturally present in foods.  Due to the potential health benefits of peptides, many supplements are available that contain peptides that manufacturers have derived either from food or made synthetically.  Some of the most popular peptides include collagen peptides for anti-aging and skin health, and creatine peptide supplements for building muscle and enhancing athletic performance.

BPC-157 is a pentadecapeptide made up of 15 amino acids. It is a partial sequence of the body protection compound (BPC) derived from human gastric juice. Experiments have shown that it heightens the healing of many different types of tissues, including tendon, muscle, and nervous system, and is superior at healing damaged ligaments.

Patients who suffer from discomfort due to sprains, tears and tissue damage may beneﬁ t from treatment with this peptide as it can increase blood ﬂ ow back to the injured sites. BPC-157 may protect organs, prevent stomach ulcers, and heal skin burns.​ 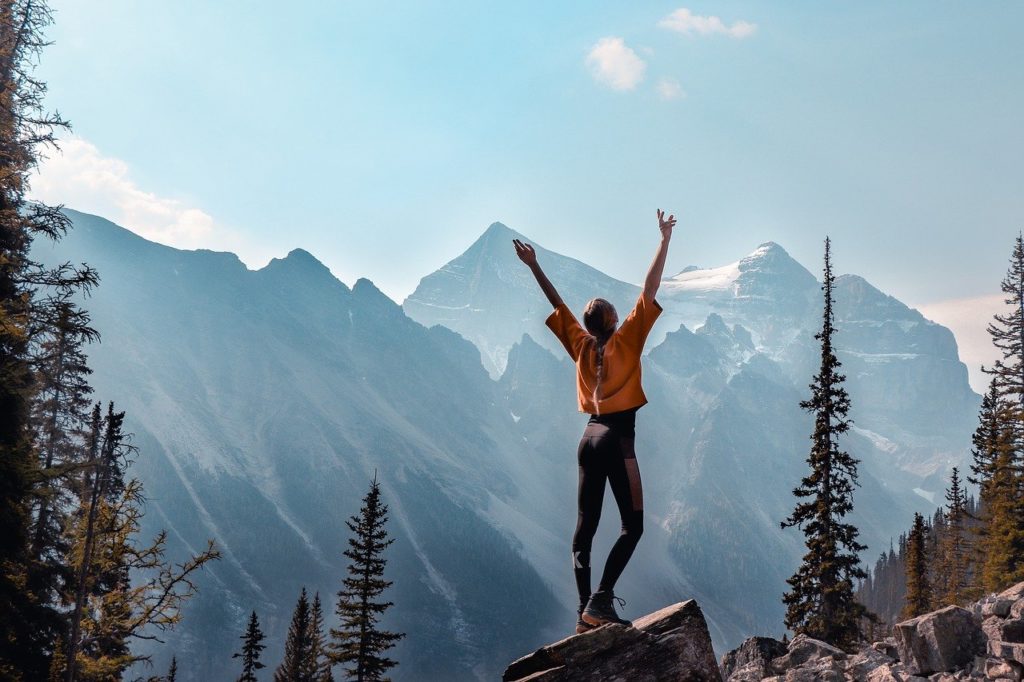 DIHEXA is a  peptide variant derived from angiotensin IV. Clinical studies suggest that DIHEXA improves cognitive function as shown in animal models of diseases such as Alzheimer’s. Angiotensin IV is a derivative of the vasoconstrictor angiotensin II which has been shown in animal studies to enhance acquisition, consolidation, and recall of learning and memory when administered centrally or peripherally. In an assay of neurotrophic activity, DIHEXA was found to be seven orders of magnitude more potent than brain-derived neurotrophic factor and is thought may be able to help in the repair of the brain and nerves in neurological disease. 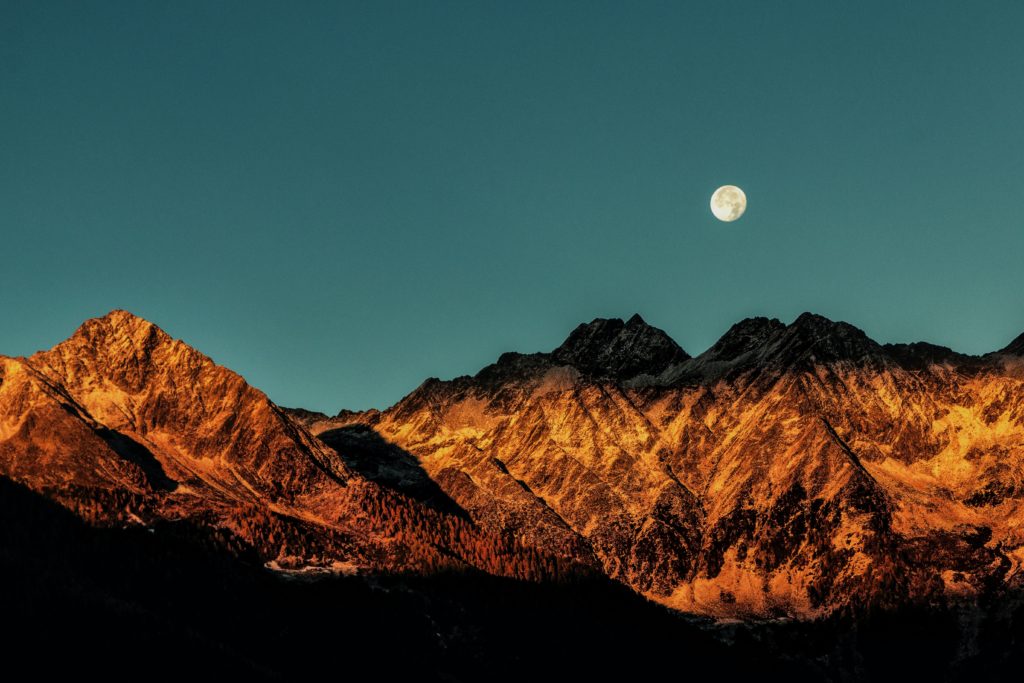 DSIP is a naturally occurring somatogenic nonapeptide with possible physiological functions impacting neuromodulation. DSIP is typically found in the brain and easily passes the blood-brain barrier. Studies indicate that DSIP and its analogs are best classified as peptide neuromodulators. DSIP has been shown to exhibit a pronounced stress-protective action and demonstrated a decrease in stress-induced metabolic disorders in both human and animal models. It is believed that DSIP works by modulating activity of  GABAergic,  glutamatergic, and other neuronal systems.

GHK-Cu is a naturally occurring copper complex that was first identiﬁ ed in human plasma, but has since been founded in human plasma but has since been found in multiple locations such as saliva and urine. Copper and urine. Copper peptides are small, naturally occurring protein fragments that have a high affinity for copper ions, which evidence suggests are critical to normal body function. Clinical studies indicate that GHK-Cu has a variety of roles in the human body including, but not limited to, promoting activation of wound healing, attracting immune cells, antioxidant and anti-inﬂammory effects, stimulating collagen and glycosaminoglycan synthesis in skin fibroblasts, and promoting blood vessel growth. There has been some clinical evidence that has shown that GHK-Cu acts as a feedback signal generated after tissue injury and it may act as a potent protector of tissue and anti-inﬂammatory agent possibly by reducing the oxidative damage that occurs post-tissue injury. Further, GHK-Cu has been found to be involved in signaling tissue remodeling by removing damaged/scarred tissue and generating healthy tissue. It has been shown in studies that GHK concentration decreases with age because the concentration of GHK-Cu in the body decreases with age which may result in an increase in inﬂammation, cancerous activity, and tissue destruction. 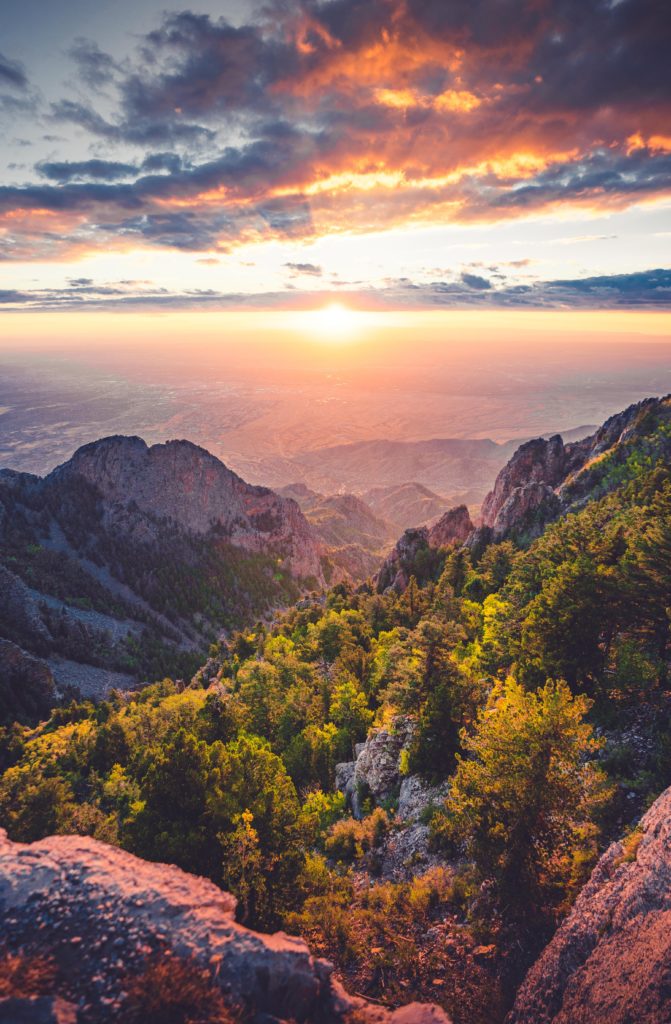 Ipamorelin Acetate is a Growth Hormone Releasing Peptide (GHRP) that stimulates the pituitary gland within the body to release natural growth hormone (GH). Ipamorelin Acetate is a pentapeptide composed of ﬁ ve amino acids and has a biological half-life of 2 hours after administration. It is widely known for being able to suppress somatostatin or growth-inhibiting hormone.

As we age, our hormone levels ﬂuctuate interfering with the patient’s overall quality of life. Imbalances can result in loss of energy, increased irritability, sleeplessness, memory problems, and low sex drive. Utilizing peptide therapy separately or in conjunction with hormone replacement may restore optimal hormone levels in your patients. Studies suggest that Ipamorelin Acetate did not affect FSH, LH, Prolactin, or TSH levels. Furthermore, Ipamorelin did not seem to have an impact on cortisol and ACTH levels during GHRH stimulation.

WHY WOULD I WANT TO USE IPAMORELIN?

With age, our hormone levels ﬂuctuate and often decline to interfere with a patient’s overall quality of life. Imbalances can result in loss of energy, increased irritability, sleeplessness, memory problems, and low sex drive. Utilizing peptide therapy separately or in conjunction with hormone replacement may restore optimal hormone levels in your patients. Studies suggest that Ipamorelin Acetate does not clinically affect FSH, LH, Prolactin, or TSH levels. Furthermore, Ipamorelin did not seem to have a clinically adverse impact on cortisol or ACTH levels.

Ibutamoren is classiﬁed as a non-peptide growth hormone secretagogue and mimics the growth hormone stimulating action of ghrelin. Ibutamoren is considered to be potent, long-acting, and available through oral administration. Clinically, it has been demonstrated to increase the endogenous release of growth hormone (GH) as well as insulin-like growth factor 1 (IGF-1) without the adverse increase of prolactin or cortisol often seen with GHRPs. Additionally, increases in lean body mass can be achieved while lowering LDL cholesterol.  Studies have shown Ibutamoren stimulates brain regions involved with metabolic action, such as the hypothalamus and the pituitary. Ibutamoren may be effective in increasing both muscle mass and bone mineral density, making it a promising therapy for the treatment of frailty and osteoporosis in the elderly. 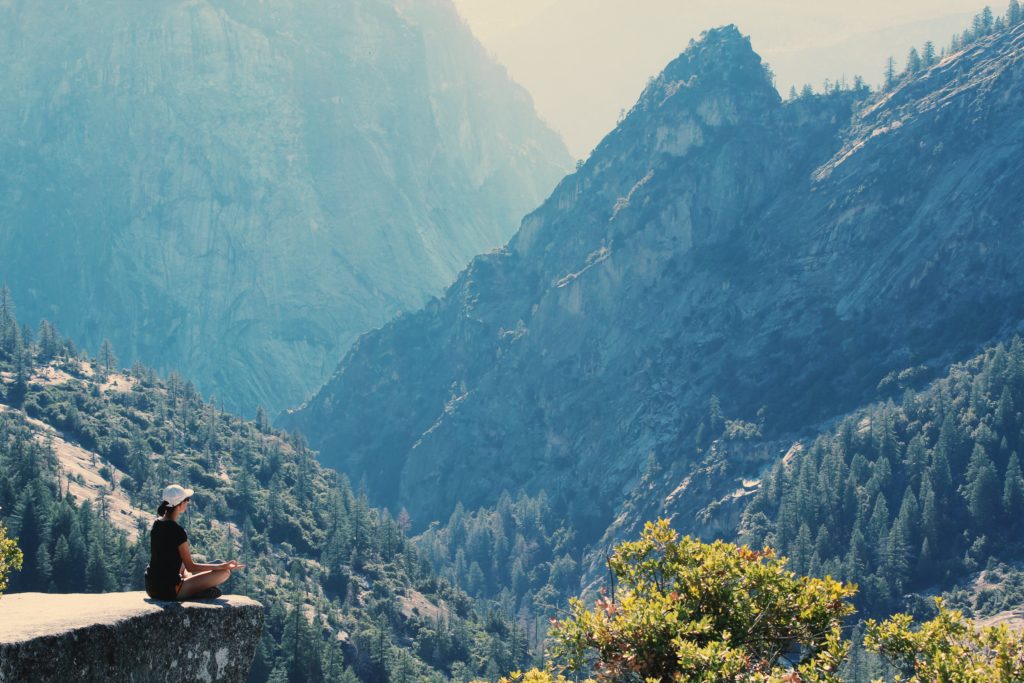 PT-141 was developed from the peptide Melanotan 2, which is a synthetically produced variant of a peptide hormone naturally produced in the body that stimulates melanogenesis that is known as alpha- Melanocyte stimulating hormone. PT-141 has been shown in studies to provide libido-enhancing eff ects by activating the melanocortin receptors MC1R and MC4R, without tanning the skin.
PT-141 is a potential remedy for the treatment of female sexual dysfunction and male erectile dysfunction. Studies have shown that PT-141 does not act on the vascular system, but may increase sexual desire through the nervous system.

Thymosin Alpha 1 (TA1) is a peptide originally isolated from thymic tissue and is a compound believed to be responsible for restoring immune function in thymectomized mice. Thymosin Alpha 1 has been shown to have a pleiotropic mechanism of action and aff ects multiple immune cell subsets that are involved in immune suppression. Studies have demonstrated improvements in immune system cell subsets and the potential of TA1 for the treatment of a range of diseases. Thus, Thymosin Alpha 1, due to the immune-stimulating effects exhibited by TA1, may have utility for the treatment of age or disease-related immune suppression. 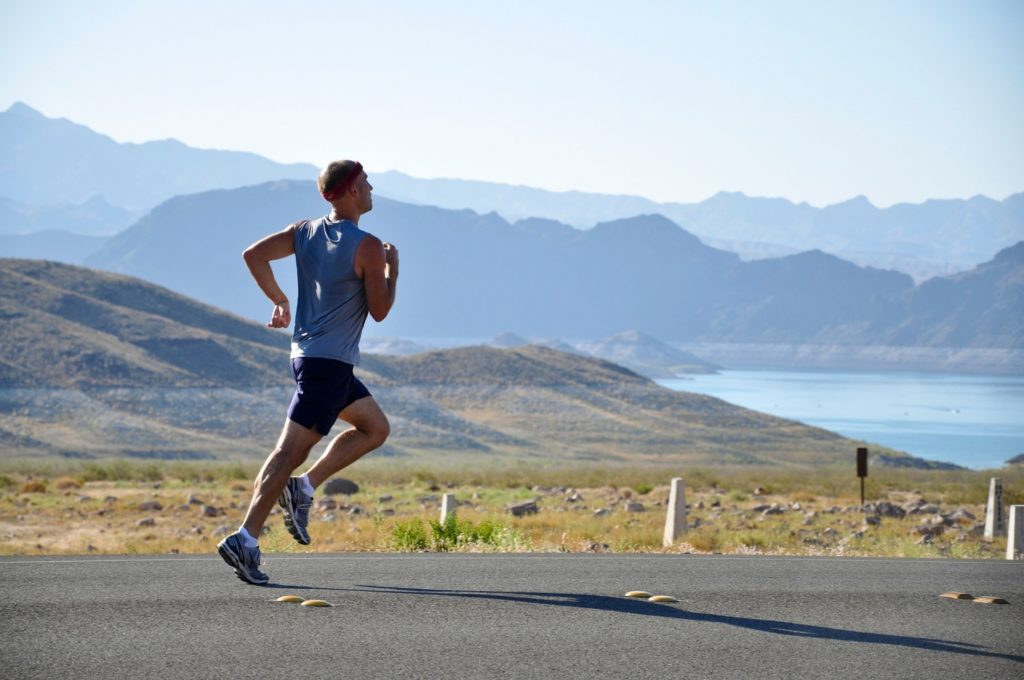 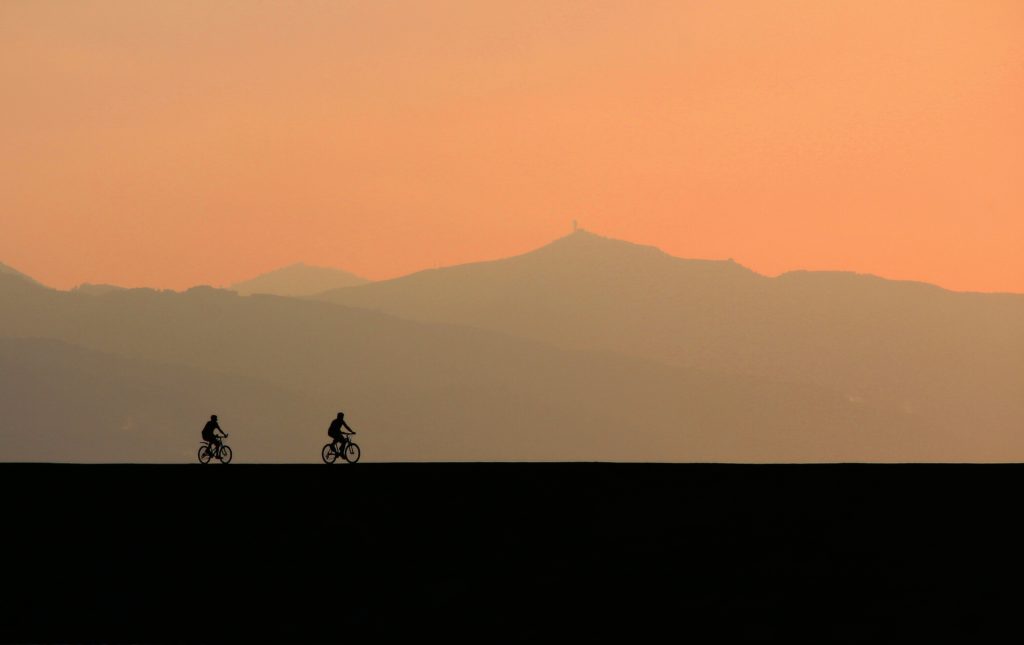 Thymosin is a hormone secreted from the thymus. Its Thymosin is a hormone secreted from the thymus. Its primary function is to stimulate the production of T cells which are an important part of the immune system. Thymosin also assists in the development of B cells to plasma cells to produce antibodies. The predominant form of Thymosin, Thymosin Beta 4, is a member of a highly conserved family of actin monomer-sequestering proteins. In addition to its role as a major actin-sequestering molecule, Thymosin Beta 4 plays a role in tissue repair. Tß4 has been found to play an important role in the protection, regeneration, and remodeling of injured or damaged tissues. The gene for Tß4 has also been found to be one of the ﬁrst to be upregulated after injuries. Thymosin Beta 4 is currently being trialed as a potential therapy for HIV, AIDS, and Inﬂuenza. Thymosin Beta 4 is most often prescribed for acute injury, surgical repair, and for senior athletes. It has most recently been shown to help regrow hair in addition to PRP.

Interested in taking the next step in booking for our Peptides?

Simply book an appointment, walk in at the appointed time, and get yourself moving in a direction toward optimal health.